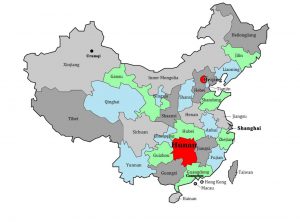 Hunan province is located in the south central part of China. The name Hunan comes from the Chinese words hu (lake) and nan (south) – and was so named to indicate its location south of the extensive Dongting lake which is fed by the Yangtze River. It is surrounded by mountains on the east, west, and south, and by the Yangtze River on the north. Its mixture of mountains and water makes it among the most beautiful provinces in China. For thousands of years, the region has been a major center of agriculture – growing rice, tea and oranges.

How to get to Changsha

By Train
Changsha plays an important role in transportation around China, connecting Beijing-Guangzhou Railway and Shanghai-Kunming Railway. There are many daily trains stopping or originating from the Changsha. Changsha has trains to a large and medium-sized cities like Beijing, Shanghai, Guangzhou, Shenzhen, Harbin, Shenyang, Xi’an, Kunming, Wuhan, Zhengzhou, Fuzhou, Nanning, Jinan, etc.

Water Transport
Changsha waterway links through rivers and seas. Shipping from Changsha, you can pass through Yueyang up to Chongqing, middle to Wuhan, down to Shanghai. At present, Changsha has navigable port along the Yangtze River, Nanjing, Shanghai, Lianyungang, etc.

Avatar, the film by James Cameron, took inspiration for its mountain scenes from the peaks of Hunan province, a beautiful place well worth a visit. Zhangjiajie is famous for its precarious peaks, limpid streams, dense forests and large karst caves. It is locate in the north-west part Hunan, the distance between Zhangjiajie and Changsha is about 350km.
The three must-see attractions in Zhangjiajie are the National Park, Tianmen Mountain and Zhangjiajie Grand Canyon Glass Bridge. 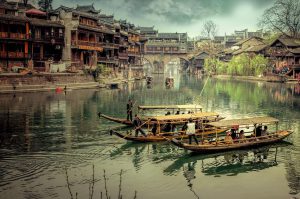 Hunan Fenghuang (Phoenix) Ancient Town, an old town built up in Qing Dynasty, is still being kept in its original appearance with 300 years passed. The ancient town is located in the southwest of Hunan Province. It is 430km (about 5 hours’ driving) away from Changsha, 250km (about 3 hours’ driving) away from Zhangjiajjie. The ancient city is a gathering place for Miao and Tujia ethnic minority.

Ranking as the top ancient town in China, Fenghuang Ancient Town is a guidebook for people to know the past life in the pre-modernization period. The wooden houses and stone roads are the typical scenes here. When sightseeing in this town in a misty day, you will really find why it is so famous and popular all the time. The scenery after rain or in the misty morning is more like a Chinese traditional painting rather than a real world. 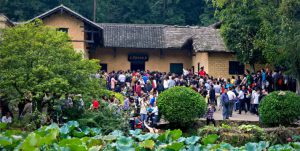 The Former Residence of Chairman Mao is located at Shaoshan village, about 70km away from Changsha. On December 26, 1893, Chairman Mao was born in this house, a simple mud-brick farmhouse, which has 13 rooms，and this is where he spent his childhood and youth, attending school and helping his father with his work. The rooms are furnished as they would have looked when Chairman Mao lived there, and most of the utensils are the original ones. 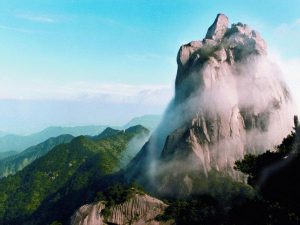 Mount Hengshan, located in Hengyang City, is one of China’s Five Sacred Mountains, about 150km away from Changsha. It is believed to be a holy place of religions, the Civilization Special Area, the Shou Mountain and the most scenic mount of the Five Sacred Mountains in China. It is awarded the National Scenic Spots and the Historical Sites, a model of National Civilized Scenic spots.
Mount Hengshan has always been a favorite destination, a summer resort and leisure place for tourists for its religious reputation and gorgeous landscapes. More than 1200 kinds of plants, 9 primitive forests and more than 150 kinds of precious trees were identified in the area. 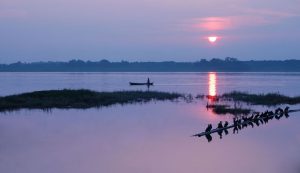 Dongting Lake is the second largest freshwater lake in China, about 150km away from Changsha. It straddles Hunan and Hubei province, which ties the Yangtze River in the north and connects Xiang, Zi, Yuan and Feng water in the south.

The name “Dongting” means the abode of fairies and immortals which indicates the beauty of its charming scenery. The most prominent feature of Dongting Lake are lakes outside the lake and mountains outside the mountain. The clouds and mist covers the vast expanse of waters. The waters and skies merge in one color.

Nowadays, tourists still have the chance to appreciate five sceneries of the Eight Grand Sights in Hunan Province which includes the moon on Dongting Lake, sail return from the far away Riverside, the river sky evening snow, wild geese on the sand island, fishing village at sunset, and also the ten sights of Dongting Lake, such as day view, moon shadow, clouds, snow shadow, the shadow of mountain, pagoda, sail, fishing, gulls and also wild geese. 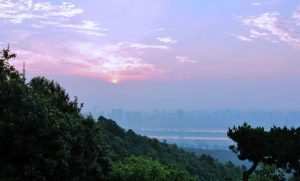 Mount Yuelu is the most popular park in Changsha. You’ll enjoy the hour walk up the hill, the city skyline, and the woods and streams. In addition to the beautiful natural scenery, the mountain is dotted with historic sites such as Yuelu Academy, Lushan Temple, Yunlu Palace, Aiwan Pavilion, and the Monument to King Yu. 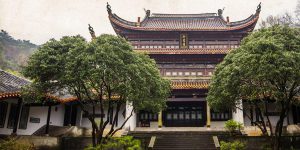 Yuelu Academy or Yue Lu Shu Yuan, one of the four greatest academies in ancient China, is situated at the foot of Yuelu Mountain. It has been a divine spot for Confucianism education and a center of culture and literature. During a history of more than one thousand years, there have been countless talented students learning here. It witnessed a great number of patriotic thinkers, politicians, militarists, industrialists and diplomats.

The Orange island is one of the main Changsha landmarks. It is situated between the downtown and Yuelu Mount in the Xiang river. As the biggest inland island in China, it is honoured as the “First Island in China”. The main tourist attractions in the park include the Statue of Chairman Mao Zedong, Asking-Heaven Platform, 100 Meter Fountain, the Fireworks Square.

What is the best time to visit Hunan?

Hunan has a humid, subtropical climate. The monsoon rain falls mostly in April, May and June. July and August are uncomfortably hot and humid. The best time to visit is in the fall, when temperatures are cooler and the rainfall lighter. For persons who live in cold northern climate, visiting it in the winter can be pleasant. After all, any place that grows oranges can’t be all that cold. Low temperatures in winter are usually above freezing, with daily highs around 10°C. Annual rainfall is around 1250 – 1750 millimeters (49.2 to 68.9 inches). Northern part of the province has more climate extremes than its southern part. It can get colder in the winter and hotter in the summer.

However, as a tea producer, we suggest you to visit Hunan in April-May or early June to taste a new tea
Welcome to our province! We will be glad to meet you here!

Chairman Mao, idol of the Chinese people, was born in Hunan, Shaoshan.

In addition to Mao Zedong, a number of other first-generation communist leaders were also from Hunan: President Liu Shaoqi; General Secretaries Ren Bishi and Hu Yaobang; Marshals Peng Dehuai, He Long and Luo Ronghuan; Wang Zhen, one of the Eight Elders; Xiang Jingyu, the first female member of the party’s central committee; Huang Xing, the first commander-in-chief of the Republic of China (1912-1949); Senior General Huang Kecheng; and veteran diplomat Lin Boqu. An example of a more recent leader from Hunan is former Premier Zhu Rongji.

Such famous people show that Hunan is a place that has cultivated talent as well as being a destination for visitors.